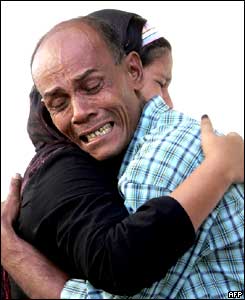 Nothing lifts my heart more than a telephone call, email or text from a client informing me that they have made contact or received a response from their alienated, rejecting child.

This could be after some months or many years and whatever the elapsed time it is the same feeling of relief and joy at reunification and relationship; rejected parent and alienated or aligned child rejoin the flow of our social human narrative of loving parent-child relationships.

Most of my clients have the experience of being rejected by their children in circumstances where we can identify the subtle signs of the alienation processes employed by the favoured parent.

Alienation processes seem to be particularly effective for adolescents and teenagers between the ages of 12 and 15. Children in this age group are exploring and enacting their identity, are often very fragile in their self-esteem and conditions of worth, are concerned with both connecting with and being validated by their peer group at the same time differentiating and individuating, and are acutely aware of their own powerlessness and helplessness.

Teenagers in particular can be quite ruthless in the blatant use of power to achieve self-centred ends (I wonder where they learn that from). Adolescents in particular, are developing their moral agency and are beginning to engage with an external world that does not necessarily fulfill their idealistic fairytale nations. All of a sudden when they kiss the frog, it’s still a frog.

How many of you as parents have been subjected to the simplistic and harsh black-and-white judgement of your teenagers? Vegetables good, meat bad, mum (or dad) good, dad (or mum) bad; we could go on.

Those of us with teenage children know how quickly an argument can escalate out of control before we realise that we are engaged in a power struggle that we feel we must absolutely win.

Unfortunately so does your teenager and what better way for an adolescent or teenager in a high conflict alienating situation to exercise the ultimate power of rejection, but to suddenly and without warning stage an event as a smokescreen for them to storm off into the night to live with the other parent.

This is the ultimate weapon of mass destruction. At their age and stage they have yet to develop more subtle and nuanced graduated responses to interpersonal conflict that do not involve simply cutting someone out of their lives whom they do not like  as a first, rather than final repose to defending their fragile sense of self.

They have yet to develop any means of conflict resolution and frankly from their perspective they do not have a good example in front of them.

All of a sudden there may not be any email, telephone, mobile phone contact. Rejected parents sometimes report that the other, favoured or alienating parent labels them as being abusive and uses this as a pretext to shutdown all forms of communication between the rejected parent and the child. There is nothing quite like silence to let you know you are simply not connected.

In these situations, the now alienated child has the advantage of moral righteousness from which there is no easy face-saving way to reach out to you without appearing to be weak and vulnerable. It is plausible that in the last interaction you had with your hostile adolescent or teenager you were set up on frivolous grounds without you realising that you stepped on an alienating ‘landmine’.

Parents in these situations are often cut off from their children for months and even years because even though their children want to be in contact with them they cannot easily jump back from the fire into the frying pan without losing face.

The now favoured parent actively reinforces in the child the moral outrage, and sense of powerlessness that they felt with you , which would otherwise be easily resolved with the cooperation of both parents. When the child is with the favoured parent that child is made to feel extraordinarily powerful without any responsibility.

What self-respecting teenager could possibly reject that? How much more powerful can you be when your favourite parent empowers you to choose which parent you can be with and who you can love?

This completely reverses the power balance in your relationship with your now rejecting child. No wonder you feel disempowered, having lost the social authority of being a parent, you have suddenly become a supplicant! Naturally because you are hurt, rejected and emotionally injured by what has happened you play into the ‘supplicant parent’ narrative and therefore play into the alienation interactional cycle, now reinforced by the favoured, alienating parent.

Your child has rejected you because they have no face-saving way of stepping down from the moral high ground upon which they stand and which the favoured parent is fortifying around them.

Such a relationship cannot easily be restored without addressing the power imbalance in a manner that ‘horizontalises’ the parent-child relationship. One of the best ways of doing this is to use your knowledge of alienation and to address the major factors that can lead to reunification in situations that otherwise appear to be an unconscionable and irreconcilable rupture.

This approach has worked, several parents have reconnected with their children by:

If you want a name or a label for this approach, it is the Strategic Empathic-Empathic Strategy Process.