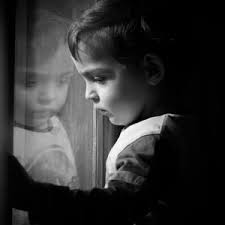 Many of the alienated parents I work with ask me this question; “if only my children knew what was being done to them they would realise that they love me and that I love them, should I tell them about Parental Alienation?”

Parental Alienation is emotional child abuse. A big mistake, made by both Alienated Parents and practitioners unfamiliar with Parental Alienation is to not intervene soon enough. Often, Alienated Parents tell me that previous practitioners have advised them to “wait, the children will eventually come around”, or they will excuse it (and their own lack of professional expertise) by saying something like “oh you’re just being punished for now, they will get over it once you dampen down the conflict”.

Unfortunately, they do not get over it and the conflict does not end, the Alienating Parent often keeps the conflict going. These can be defining characteristics of Parental Alienation. In this respect it is similar to child sexual abuse-it does not stop if you say or do nothing about it.

So, it then makes sense that we should talk to our children about how the other parent is manipulating how they feel, how they are being isolated, how memories are bing manipulated, how denigrating you, the Alienated Parent is damaging the loving relationship that has always been between you and the children. It is especially important that we talk to the children about how what they have said and what they believe have no factual basis (if this is the case) and how they have been made to believe that what they think are their own thoughts rather than imposed upon them (the independent thinker phenomena).

Doing this presumes that Alienated Children will see the compelling logic of this, will realise the true feelings they have for the Alienated Parent.

It may not work this way. Think about it. How would you convince a member of cult that everything they have believed is wrong? This is extraordinarily difficult because the cult member (the Alienated Child) has a vested interest in maintaining their false belief system because this system of belief has become whom they are and has become the basis for a manipulative relationship with an Alienating Parent that masquerades as love. This is why the only way of working with cult members who do not voluntarily leave their cult is to forcibly remove them and ‘de-programme’ them. This has parallels with Parental Alienation. I will say more on this in another article.

This can be a sure sign that #Alienation has now entrenched and that it was too late for this intervention.

Yet, doing nothing validates the Alienating Parent, spurs them on and makes us complicit in the ongoing abuse of our children. There is a compelling case for taking active measures. This is the approach I take with my clients. However, the success of active measures rests with the timing and the manner in which #AlienatedParents have a discussion with their children about how they have been manipulated.

Having this discussion too late, after a child is #Alienated risks further consolidating their rejection of the Alienated Parent and as explained previously may drive the Alienated child and the Alienating Parent closer together.

Having this discussion too early or at the wrong moment may make you, the Alienated Parent look like the problem. This can backfire upon you badly with a #FamilyConsultant unfamiliar with Parental Alienation-they could see you as an equal contributor to the children’s issues with you, rather than as a loving parent calling it for what it is.

I generally take the view that the best method is to lead the children into questioning their own statements and beliefs against the facts that are irrefutable. Facilitate them coming to their own conclusions. Otherwise, arguing with them could lead to oppositional behaviour, especially in adolescents and teenagers.

It may also help to use indirect means of discussion such as directing attention to articles, information or other people where the children can read themselves and their experience into the material. Remember, you are implicated in their eyes!

As to when to have this discussion, there are two key stages that can signal it is time to talk:

2. When the relationship between you and your child is ruptured and you decide that there is nothing left to lose and everything to gain by taking a stand. This sows the seeds for the future, for the possibility that your child will rupture with their alienating parent and/or seek you out.

It is a high-risk approach. As an Alienated Parent you are risking the rupture of the relationship between you and your Alienated Child, on the basis that such a rupture is more of a certainty than if you say and do nothing. Having such a conversation with a troubled, distressed child who still has a relationship with you can possibly save them from Parental Alienation.

However, whilst fortune favours the brave, success is due to a planned and targeted approach for which individualised strategies are required.

Your alienated children ultimately have to assume responsibility for their own actions, especially when they become adults. The harsh reality is that there is nothing more you can do if they do not.