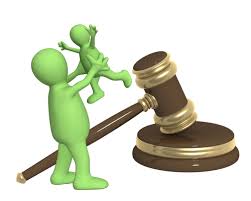 In March 2014, former Democratic Labour Party (DLP) Senator John Madigan addressed the Senate on the use of intervention and family violence orders based upon false allegations to deny a parent contact with a child, and the 2012 changes to the Family Law Act (FLA) that facilitate this.

He contends that the 2012 changes to the Family Law Act enable this state of affairs by prioritising children’s safety over a relationship with both parents, by repealing the so-called ‘good parent’ provisions that required the law to consider: the willingness of each parent to facilitate a relationship with the other parent and the extent to which each parent has supported and has been involved with their children that had previously been considered in determining the best interest of the child.

This, together with the failure to investigate parenting failure in the context of no-fault divorce, the effective suspension of rules of evidence that allow the use of children’s hearsay evidence and a definition of family violence that now means “just about anything” leads Senator Madigan to state “Parental Alienation becomes a successful tactic”.

Senator Madigan also quotes retiring Family Court Judge David Collier from an article in The Sydney Morning Herald on 6 July 2013 “…unprecedented hostility was infiltrating the Family Court with a willingness by parents to use their children to damage one another. Allegations of child sexual abuse are being increasingly invented by mothers to stop fathers from seeing their children”. He then goes on to say that Justice Collier called this “a horrible weapon…the continued use of false claims is undoubtedly fueling the crisis in our Family Law system

Senator Madigan went on to quote some very disturbing statistics. According to surveys of Queensland magistrates, 74% believe that some intervention and family violence orders are used to deny contact between a parent and child, rather than for the purpose intended-the protection of a vulnerable person from family violence or other forms of violence and abuse.

The situation in New South Wales is even worse with 90% of surveyed magistrates believing the same as the 74% of Queensland magistrates. It would seem that a majority of surveyed judges might agree that the system that they swore to uphold has been suborned as a legally abusive tool in the hands of alienating parents.

You may find Senator Madigan’s full address to the Senate on Youtube here: The Family Court must be fixed.

No wonder Senator John Madigan is taking the fight about the dysfunctional family law system to the Senate. Quite clearly more people are appealing to their representatives that our current Family Law system is giving the green light to Parental Alienation. What better way to create the conditions ripe for parental alienation than by exploiting a system whose focus is on children’s safety by using a fabricated allegation to falsely evoke that very fear?

Senator Christiensen does not mince his words, “… none were more reckless, more damaging to Australian families that the Family Law, family violence amendment bill 2011. That law redefined family violence to mean just about anything and encouraged parents to make fraudulent claims to remove other parents from their families”.

You may find Senator Chritiensen’s full address to the Senate on Youtube here: The Family Law and Child Support systems need to be reformed

Yes Senators Madigan and Christiensen, many alienated parents would agree with you with the exception that in their experience Family Law’s definition of family violence means just about anything, even the abuse of a pet-except the deliberate rupture of a child’s relationship with a loved and loving parent!

No wonder that excluded or target parents complain that the institutions to which they turn in desperation to protect them and their children ultimately end up betraying them both.

I think we need to hear more from Senators Madigan and Christiensen-and they need to hear from alienated parents.