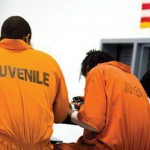 As reported on 8 July, 2015 in Fox 2 News in Detroit, USA and 24 July 2015 in the Huffington Post, a US judge ordered adolescent and teenage children into juvenile ‘care’ for refusing to spend time with their alienated father, despite such contact being ordered by the court. In preceding hearings spanning at least 5 years, the father fought for the children’s rights and need to have him in their lives despite seemingly implacable opposition from his ex-wife.

Some would argue that the children were being punished for the behaviour of their parents, that sending them into care discounts the children’s views and violates their sense of agency and that the children cannot be ‘ordered ‘ into having a loving relationship. Furthermore, the children’s resistance is justified by their claims that they were exposed to family violence.

Furthermore, that allowing them to unreasonably and irrationally reject a good-enough parent is tantamount to colluding with child abuse and the children should not be in the position where the only way to have a loving relationship with one parent is to vilify the other.

This raises questions in the context of Australian family law, which emphasises the children’s ‘best interests’ often as represented by the children themselves. This is especially the case for adolescents and teenagers who can be most articulate about their parents and their preferred living arrangements.

The situation in the USA is generically known here in Australia, as ‘contact refusal’.   The experience of many rejected parents in Australia is that their children’s views are given credibility regardless of how the children formed them. In particular, unsubstantiated claims of family violence might be accepted as grounds for the children’s own ‘realistic estrangement’ instead of alienation (Kelly, J. B., & Johnston, J. R. 2001). Children making such claims would not be sent to ‘juvi’ and would be unlikely to have a relationship with their ‘good enough’ rejected parent.

Two cases illustrate a conundrum that Australian family law might face in such a situation. In one case involving parental alienation, His Honour, Benjamin, J. in Irish & Michelle [2009] FamCA 66 ruled that the children’s views were “orchestrated” and ordered the children to receive psychological care and be predominantly cared for by their father.

Yet in the other parental alienation case, Wang & Dennison (No 2) [2009] FAMCA 1251, His Honour, Bennet, J. ruled that the children’s views were deemed credible despite the fact that “the mothers past actions have decimated the girls relationship with the father”. His Honour ordered the children into shared care but to live with the mother.

This suggests a formulation of parental rejection and parental alienation where the role of a perpetrating, alienating parent is not seen as the starting point for considering the children’s views but rather the children views and behaviours alone are the primary focus. This model conforms to the ‘alienated child’ formulation developed by Kelly, J. B., & Johnston, J. R. (2001).

Using this formulation could lead to the circular argument that the children develop behaviour and views that are accepted as authentic, plausible and reasonable in an alienating environment that predisposes exactly the opposite.

In an alienating environment, children are susceptible to formulating baseless views of a formerly beloved parent that the child then asserts they formed independently, and which are then accepted as such. It seems plausible that this was the case in Wang & Dennison (No 2) [2009] FAMCA 1251, where His Honour, Bennet, J. ruled that the children’s views were deemed credible, despite their exposure to alienating processes.

This is consistent with the work of Gardner, (1985), Clawar & Rivlin, (2013), Lorandos, Bernet, & Sauber, (2013); Warshak, (2010a), who described how children sometimes make up false allegations regarding the rejected parent in the context of parental alienation.

The bottom line is that children’s views in a context of the emotionally coercive nature of an alienating parent cannot be taken as ipso facto authentic. The missing link in Australia is the acceptance of the cause-and–effect between exposure to an alienating environment and parental rejection. The deliberate rupture of a child’s relationship with a loving parent regardless of the child’s views is child abuse and that children’s testimony cannot be presumed as authentic under such circumstances.

This does not mean that the views of adolescents and teenagers in particular should be dispensed with, especially in the context of allegations of family violence. However, this does mean that children’s views need to be carefully examined in the light of other contextual material and as part of a forensic process, rather than simply assumed to be true-or false.

In the latest development reported in the Detroit Free Press on 11 August 2015, the US judge in this matter has now ordered the father and the children into the evidence based Family Bridges parent-child reunification programme.