You are here: Home / Alienated Children / Oh No! The Non-Festive Season: A Protest By Targeted-Alienated Parents This is a special message for targeted-alienated parents whose children are not going to see them in this festive season and who have courageously decided that their children need to take responsibility for their choices.

For all the hope of reconciliation between targeted-alienated parents and children, there are situations where no reconciliation is possible. Whilst targeted-alienated parents may choose to place faith in things and events for which the evidence is unseen, the evidence of alienation reveals the reality that it is their children who must invest in hope.

Some targeted-alienated parents respond to the festive season by not participating in it, but letting their family members know that playing ‘happy families’ denies their experience of alienation and further marginalises them. Silence is a powerful weapon of alienation and social silence is also a weapon to oppress and marginalise people whose lived experiences are at odds with social stereotypes. Targeted-alienated parents may be silenced and excluded by a mainstream social dialogue that still does not acknowledge the social impact of alienation even as parental alienation finds its way into the scientific and medical lexicon.

Celebrating the season of giving and the togetherness of the family can conceal the reality of alienation, of marginalised, excluded parents and abused alienated children and impose a belief in a social convention that is not reflected in reality. Pray if you want, light your candles and sing, but the reality is that alienated children were taken, not lost, and they may not be able to come back no matter how many breadcrumbs are strewn in their path.

The best approach for targeted-alienated parents may be to stand proud for who they are, to stand on the shoulders of giants before them who refused to suffer in silence but instead stood in protest against the denial of their experience.

Targeted-alienated parents stand as witnesses, your very existence is an affront to those who would alienate your children and annihilate you.

You are the beacons that light the way for how families should be and the nature of loving relationships. That is the best seasons giving. Go forth, live and love well. 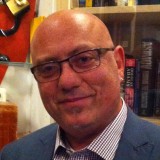